The Babysitter is a 1980 TV movie about a married couple, played by William Shatner and Patty Duke, who hire an 18 year old live-in babysitter for their young daughter, played by Quinn Cummings. The trouble (and you know there is trouble because it’s a TV movie) is that the babysitter, played by Stephanie Zimbalist, is a total psycho who tries to tear apart the family by driving Duke crazy and sleeping with Shatner.

So when I found The Babysitter yesterday, I thought it would be great trashy fun, as well as a nice tie-in for me to watch Shatner in an old movie before I went to see Star Trek Beyond today. I knew Shatner was not in the new Star Trek movie, but this is how my mind works when I’m finding things to blog about.

The problem is, and there is always a problem when it comes to bad movies, is that I could not access my usual feelings of schadenfreude when it came to The Babysitter, because the movie just made me sad. First of all, it was hard to watch Patty Duke as a relapsed alcoholic and probably bad mother, drinking in her nightgown in the daytime and knocking over everything in the living room, knowing that she just died recently, and that she had had issues with depression and substance abuse. Secondly, Zimbalist’s character, and I am going to go ahead and lightly spoiler this 36 year old movie, was driven out of her mind by years and years of being passed around in the foster system, and that’s not fun to watch at all.

Sure, she could have dealt with her rejection and jealousy in other ways besides becoming a murderer, but who is to say that I would not have done the same in her place? Also, there have been people in my life who have been adopted, and although none of them were psycho killers, they all deserve empathy for the loss of their birth parents, which is a relationship that should be the first and most important in a person’s life. Luckily, Zimbalist’s character does receive some pity from Cummings’s character at the end, even though she had just tried to stab Cummings to death. Maybe it’s that ending, when the little girl gives her beloved doll to the troubled teen who is going away in a police car, that cemented my inability to mock this film entirely.

Shatner’s character, though, he was just an idiot for sticking his dick into crazy. So that was not really a disappointment. And the most and probably only fun thing about this? The great British actor John Houseman slumming it as the Shatner/Duke family’s next door neighbor, who starts trying to investigate Zimbalist’s past and eventually saves the day. Because my husband and I spent half the movie commenting on the PROCEEDINGS in John Houseman’s VOICE. We make our money the old FASHIONED way; we star in movies of the WEEK. Etcetera.

Maybe I’m going soft in my middle age, to feel sorry for the characters in a bad movie. Normally I would just not do a post on a day like this, when I picked a movie the night before TV Tuesday and it didn’t turn out well, because believe me, it is actually a lot more fun to write about bad movies I like than the ones I don’t. But I got to thinking about why I started blogging in the first place: it was to analyze why I watch this crap, but more than that I have to admit that I started blogging to find people to talk to about movies, and if I don’t keep talking, I won’t find them. I have met a few people through my sites that I have been talking to for years, but there are so many more out there who might be up for a chat. Nothing deep, just fun chat about our common interest of cult, horror, and trash films. So like I’m sure I’ve said before (I know I have) I’ve got to just post about whatever I am watching instead of trying to tailor what I’m watching for my posts, if that makes sense.

By the way, I’ve been getting into Twitter lately, so if you ever want to look me up on there I’m posting as @Ghost_Stori. I’m collecting ghost stories and mainstream news articles about the paranormal, but also posting about movie stuff. 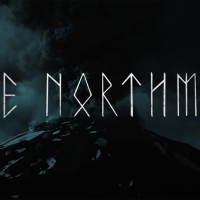