Agent 999 tracks the notorious thief Rolex to an isolated island village which is, unbeknownst to the agent, populated almost entirely by murderous, mask-wearing cannibals. Led by a sensitive, poetry quoting madman called Chief, the villagers fight over every scrap of stolen flesh in what is widely accepted by the film-reviewing community as a criticism of communism. The colorful but broadly-drawn characters include a guy who has to pee a lot, a horny woman who seems to have gigantism, a brother and sister who may or may not enjoy eating human hearts, a priest who performs funerals only so the cannibals’ victims don’t return as ghosts, and a petty thief in sunglasses who arrives with 999. Running around, fighting, slapstick, and gore comprise the entire plot. Agent 999 isn’t a genius detective, nor a great fighter, but he only has to be smarter and have better kung fu than the villagers, who have a bad habit of falling onto their own weapons for the sake of humor.

Thankfully for me, as I am not a huge fan of cannibal flicks, there’s more implied gore than actual gore. Unfortunately, as with all cannibal flicks of the time period, actual animals are killed. One can hope that the chickens were eaten. For a movie packed with action, there’s more frantic running going on than any other element. There are some decent fight scenes, but not enough of them. The cinematography is stunning for a movie with nothing nice to look at, and those who know how to interpret symbolism in shot angles will have a good time reading the story that the camera is telling; unfortunately, the constantly changing perspective isn’t the best medium for fights. But I have to remind myself that We’re Going To Eat You isn’t a martial arts movie, it’s what I’ve come to recognize as a lover of Hong Kong cinema as almost every genre at once. And in this pursuit above all, it succeeds.

You will recognize the music from Suspiria which has been re-purposed here, and the Wong Fei Hung theme strikes up in one of the final fights after it is suggested that he is one of the unlucky folks to have received a funeral in this town. We’re Going To Eat You is far from the zaniest HK horror comedy I’ve seen, and probably not even the weirdest movie directed by Tsui Hark, but fans of WTF cinema should watch this at least once. And it contains one of my favorite tropes of the era, a detective in traditional garments but wearing a fedora. Also, Agent 999 rolls a cigarette on an assailant’s head, and there’s a fight on roller skates. Actually, there’s a lot of the fighting style employed best in other films by Jackie Chan (who’s not present here of course) which involves picking up anything you can find and turning it into a weapon. So although the fighting isn’t as plentiful or as acrobatic as I’d like, it is well-choreographed by Corey Yuen.

I only speak one word of Cantonese after 20+ years of watching these films (“sifu,” meaning master), but one knows what languages are enjoyable to listen to, and Cantonese sounds lyrical to me. I wish there was a way to hear English and Cantonese at once when watching these action films, because it can be hard to follow action while reads the subs, but it is such a beautiful language. I wish I had the time and energy to learn to at least understand it being spoken.

Our copy of We’re Going To Eat You is on a 7 movie DVD set called Kung Fu Zombies, even though there are no zombies in this film. I originally found the movie on Netflix’s DVD service, though, and I still recommend their physical DVD service for a variety of foreign movies even though their streaming service has gone to hell. (Seriously, screw those autoplaying trailers!!!) You can also find this movie on YouTube, although I’m not sure if the subs work. With this kind of plot you don’t really need them.

I know that most of you reading this blog are also bloggers, so let me ask this in closing: do you ever get absolutely sick of watching movies while thinking of what you’re going to write about them, and if so, how do you get past it? I know this is the reason why I disappear from blogging for months at a time, and I’ve only kept up the energy of the past few weeks because my husband and I are blogging concurrently on all the same films. I’d like to know how to get over the burnout, if anyone who has had success with blogging regularly for years has any tips. 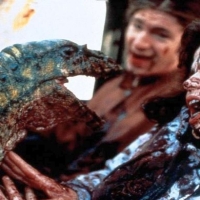