You might not know this, but I’m a perfectionist. And sometimes for perfectionists, doing nothing at all is preferable to doing something that’s not good enough. So that’s why it’s hard to post on my blog. I have a backlog of movies and shows in my mind that I want to tell you about, but I don’t want to spend the time writing the quality of articles that could be turned in and graded in school. I don’t know why this matters.

Anyway, a childhood friend of mine passed away recently but I didn’t find out about it for three months. I just thought he had stopped messaging me in the middle of our most recent conversation about Monty Python, a conversation that had been going on in one form or another since 1987. And now that’s one less person in the world who actually wants to talk to me about films and shows and not about cancer. I have to admit here, on my website where I can say anything I want, that I’m lonely and feeling redundant because my only child is about to graduate but I have no immediate plans to return to work. Why should I expose myself to ~it which shall not be named~ when everyone in my immediate family wants me to continue to stay home and low key envies my hermitage. Is that a word?

Long story short (too late) my husband said, can’t you find a creative outlet online? And I said, I already have one. This blog. And to anyone who is still reading, I don’t show up on WordPress when I don’t feel like writing because it makes me feel guilty. But don’t be surprised if I start commenting on your blogs even without posting on mine. Today I want to talk about Images, the 1972 head-scratcher by Robert Altman. And I want to talk about whatever you’re watching.

Images is not the Altman I came to know and love in my teens when I started renting Very Important Films. This is not an ensemble piece with a bunch of wacky characters talking over each other as the camera moves around a space. This is a movie that might make you think it’s about a woman who is seeing ghosts (if you have’t read the synopsis) but turns out to be about someone who is probably hallucinating. You never know what is real. Not even the camera is a reliable narrator.

For all that, it’s a pretty simple story. Cathryn is home alone in her house in London when she starts getting some weird phone calls from a woman who claims Cathryn’s husband, Hugh is cheating on her. Then the husband comes home, but he turns into another man and Cathryn is frightened. They decide to go to their country house in Ireland. The mysterious other man shows up there too, right in the middle of cooking dinner. It is revealed he is Cathryn’s dead lover, Rene. Then an old friend of Hugh’s named Marcel appears with his daughter, Susannah, who kind of pops out of the cellar. And whenever Cathryn’s husband isn’t around, Marcel is aggressively hitting on Cathryn. But sometimes Hugh is Marcel, father of Susannah. Susannah becomes obsessed with a jigsaw puzzle that came with the house, which was Cathryn’s grandfather’s house which means it’s Cathryn’s childhood puzzle. Not much of this bothers Cathryn except that she keeps seeing a dog that’s apparently not supposed to be there. I assume it is her dead dog from the 50s. Finally, she gets the bright idea to just kill Rene the ghost, or maybe Marcel, and that’s when things spiral out of control. Are you confused yet? Good.

I mean, technically, it is a simple story, because it’s obvious that you don’t know and are never going to know what is happening for real and what is in her imagination so you can just relax and watch the images unfold. My favorite part of the whole exercise is that every character is the name of a different actor. Hugh is played by Rene StarTrek, Rene is played by Marcel Bozzuffi, Cathryn is played by Susannah York, Susannah is played by Cathryn Harrison, etcetera. The voice on the phone is credited as someone named Betty who does not appear in the film as someone else who is credited, which was a surprise as I thought it was just Cathryn the character hearing her own inner voice of Susannah York.

It’s pretty obvious after the ghost of Rene shows up that Susannah the kid from the cellar is really just Cathryn as a kid, and maybe her father Marcel isn’t even hitting on Cathryn, and maybe isn’t even there at all. There’s an old man wandering through the movie occasionally who might be Cathryn’s departed granddad. If it wasn’t for Cathryn having a complete mental breakdown the whole time, it would be a fun movie to watch because it’s so trippy. It’s very like a horror version of The Phantom of Liberty, where one scene just segues into the next in a surreal way. Or maybe more like 8 1/2.

I hated Susannah York in The Shout, another 70s inscrutabilite (accent a droit), but she’s really good here and much more sympathetic. There’s more I could get into such as how Cathryn is supposedly a children’s book author and I’m sure that the pieces we get of that story she’s narrating explain something about the movie as a whole. But I just wanted to write something, anything, to start a discussion. If you want to find out for yourself what the hell is going on here, Images is on Tubi. 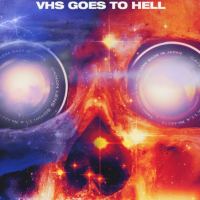