It is extremely difficult for me to write about a good movie as opposed to schlock, but I am determined to be a part of the “No, YOU’RE Crying” Blogathon hosted by Moon in Gemini this weekend, so here goes. Known in its native Japan as Wonderful Life, After Life continues the cinematic tradition of such whimsical secular-spiritual movies as Beetlejuice and Defending Your Life in depicting the land beyond death being a place filled with earthly inconveniences and a bit of bureaucracy. This is a persistent belief even outside of art; where I live in the southeast US there is a saying that when you die you still have to change planes in Atlanta on your way to heaven!

After Life takes place in what looks like an old school or some kind of government building. The newly dead shuffle in at the beginning of the work week and are officially informed by the employees, also dead, that they have died. Then they get down to the business of crossing over from this processing facility to their final resting place: one scene of one memory from each deceased person’s life must be committed to film and screened for them, and then they will disappear taking only that memory with them.

If this sounds daunting, it’s because it is. Imagine having to choose only one of a lifetime of memories, especially if most of your memories are bad, or worse, mediocre! You can’t lie and make up a memory, because the employees working with you will diligently research it. Remember, these people have a stereotypical Japanese work ethic, even though they’re dead. And if you can’t pick a memory, then you get stuck working there! At least they didn’t become civil servants via suicide, as in Beetlejuice.

At first I thought the physical similarities to Earth that exist in the After Life plane were meant to be darkly comedic. You can still drink tea, you can read books, you can play chess, but you can also stumble and fall, and if too many people use their hair dryers in the building at once, the circuits can’t handle it. Japanese humor seems to tend towards the satirical, which can be hard to detect, and there is also wordplay humor like puns that can be completely missing due to translation. But I came to realize that the people in this purgatory had to be working with physical limitations in order for the plot to provide an actual copy of every film that has ever been made of the dead folks’ memories, which moves the story to its tearful (for me anyway) conclusion.

The focus of the story is not on the newlydeads, but on two apparently young employees, Takashi and Shiori. I say apparently, because you keep the physical form you were in when you died, however long you stay in limbo. When it turns out that Takashi has ties from his former life to an old man whose case he is working on, he has to decide whether or not to reveal this information. To save his own feelings, he does not, but the man guesses anyway, and leaves a letter that Takashi doesn’t find until his assignee has disappeared, out of politeness. This is the point in the story where I start to ugly cry, and I don’t stop for the last 30 minutes.

After Life in not a tearjerker in the vein of dead cartoon parents/dead pets movies. Everyone’s already dead. What makes me cry until I grimace, and actually causes a sensation in my solar plexus region, is first of all the graciousness in the old man leaving Takashi the letter instead of confronting him. We should all be crying for the death of manners, because they’re rapidly leaving this planet forever along with the WWII generation, who are the older people depicted here. In 1998 they were just starting to leave us, but now they’re almost all gone. So there’s that association. Then there’s the big ol’ reason Takashi can’t move on, and Shiori’s unrequited love for him, and the fact that she finds a film that enables him to move on, and she (an actual young person with undeveloped emotional regulation, not one who has been lingering) has to grudgingly decide that sometimes love means doing what is against your own self interests. Then Takashi has to choose his last moment, and what he chooses is not what Shiori fears, and that is so touching it sets me off again. I cry every time. Fortunately we’re left with an intentionally humorous coda, as one of the more irritating deads has been unable to choose a memory, so the old veterans are stuck training him, and a new work week begins.

I’m not sure that After Life is meant to be as sad as I find it to be. I think the Japanese title implies that it is supposed to be uplifting. Also, the low-fi low budget memories being filmed almost in guerrilla style by the conscripted filmmaking dead can’t be anything but gently humorous. Unfortunately for me I’m reminded more than anything of the James Joyce story “The Dead,” and how we may never really know those we’re close to. To be sure After Life is a beautiful story, and also feels like a documentary where people share their recollections of mid-century Japan, comfort foods, lost and never-had loves, and the complex ways in which each major event is colored differently for each person who experiences it. It helps that I’m not familiar with any of the actors, so it does feel real. I wouldn’t feel the same way watching Albert Brooks or Alec Baldwin try to recreate one memory. It is one of my favorite films of all time. But for someone who cries at movies as readily as I do, the thought of being locked in our own perceptions means that I have to watch this film just that way: alone. 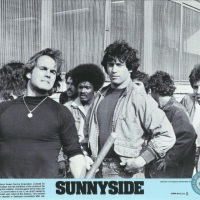 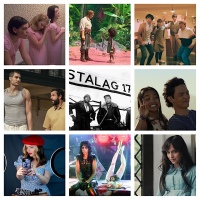 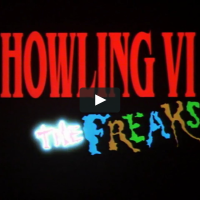